The group of nesting dolls "Characters" depict Russian people - men, women, children in different national outfits, gowns and clothes, which were traditional and typical to wear in Russia in the times since Peter the Great reign, -from the beginning of the 18th century. Russians were influenced by Europe what to start putting on and in what occasions. However along with new clothes in the cities "old" village outfits were used often, because those were practical and comfortable in the real life. Nesting dolls with girls wearing sarafans, putting on "lapti" (shoes), playing traditional musical instruments such as garmon, balalaika, flute, are characteristic examples of how Russian people lived and worked in the past and what they weared. 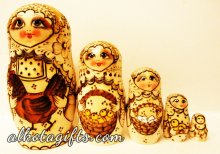 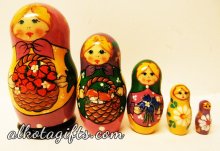 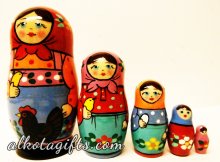 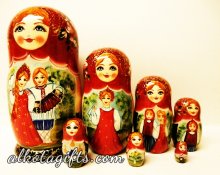 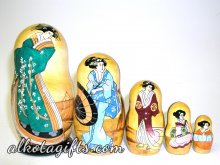 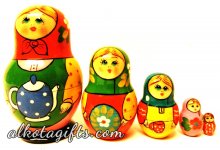 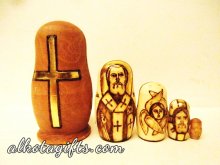 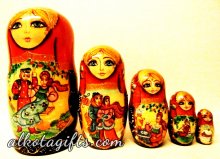 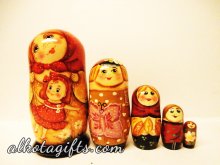 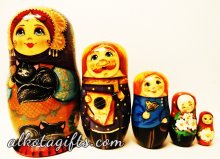 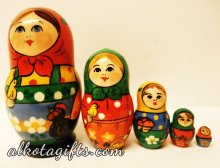 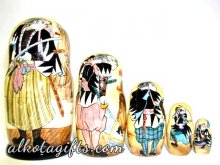 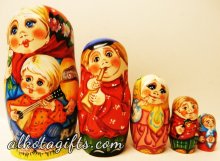 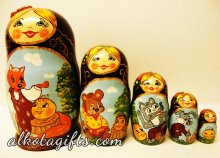 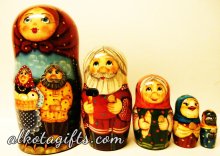 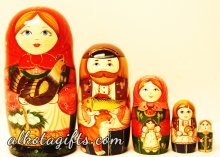 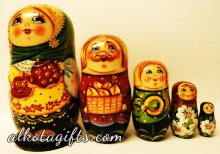 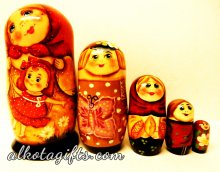 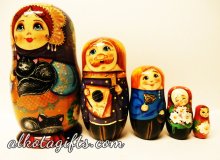