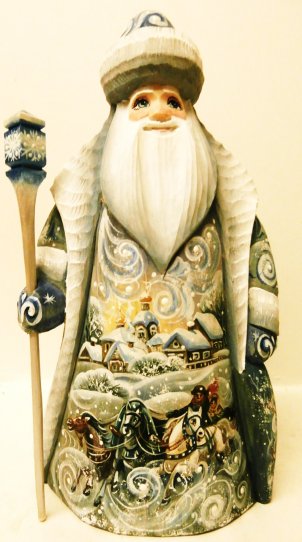 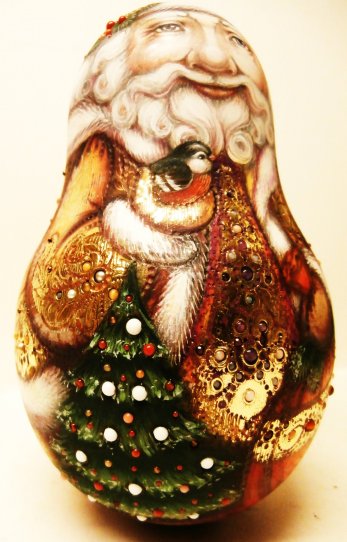 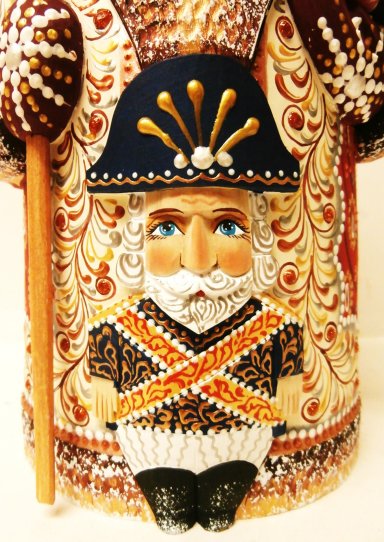 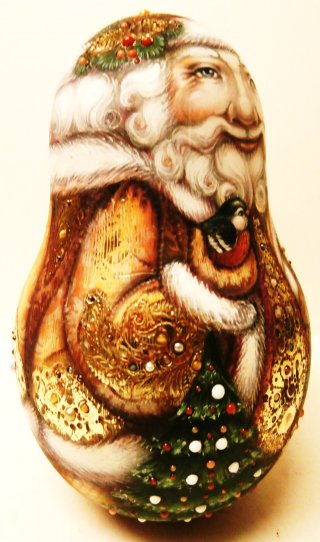 This work is crafted by hand: carved out of linden wood and painted with tempera and gouache in special decorative technique. The artist used her own "signature" style and adorned the gown of the snow maiden with lily applications. 10"H. This work is unique and has no repetition. Workshop "Skazka", Moscow, Russia.

The Snow maiden's carving is masterfully executed, with the face chiseled to perfection. It shows Maiden's hands hidden in the clutch or muff (in Russian "Moufta"). In Russia this sleeve became a popular dress accessory in between the noble and rich people in the beginning of the 18 century after it had been brought to Russia by Dutchmen ("mouwtje" in Dutch), who had been invited by thousands by Peter the Great.

According to Russian folkloric tradition the Snow Maiden is the granddaughter of Russian Santa -Grand Father Frost. She lives in the forest all the year round. There she protects little animals and birds against dark spirits, silvans, hags and other forces of evil. During the Christmas time Santa picks her up and together they go and give away presents to well behaved children.