The Witch And The Tsar

In this stunning debut novel, the maligned and immortal witch of legend known as Baba Yaga will risk all to save her country and her people from Tsar Ivan the Terrible—and the dangerous gods who seek to drive the twisted hearts of men.

As a half-goddess possessing magic, Yaga is used to living on her own, her prior entanglements with mortals having led to heartbreak. She mostly keeps to her hut in the woods, where those in need of healing seek her out, even as they spread rumors about her supposed cruelty and wicked spells. But when her old friend Anastasia—now the wife of the tsar, and suffering from a mysterious illness—arrives in her forest desperate for her protection, Yaga realizes the fate of all of Russia is tied to Anastasia’s. Yaga must step out of the shadows to protect the land she loves.

As she travels to Moscow, Yaga witnesses a sixteenth century Russia on the brink of chaos. Tsar Ivan—soon to become Ivan the Terrible—grows more volatile and tyrannical by the day, and Yaga believes the tsaritsa is being poisoned by an unknown enemy. But what Yaga cannot know is that Ivan is being manipulated by powers far older and more fearsome than anyone can imagine.

Olesya Salnikova Gilmore weaves a rich tapestry of mythology and Russian history, reclaiming and reinventing the infamous Baba Yaga, and brings to life a vibrant and tumultuous Russia, where old gods and new tyrants vie for power. This fierce and compelling novel draws from timeless lore to create a heroine for the modern day, fighting to save her country and those she loves while also finding her true purpose as a goddess, a witch, and a woman.

TO LEARN MORE OR BUY [https://olesyagilmore.com]

To subscribe to Olesya's newsletter for updates and tidbits about Slavic folklore & history, https://olesyagilmore.com/newsletter/

Are you a Collector looking for a rare Russian Santa, Russian Nesting Doll or another unique gift? Are you a retailer searching for reliable quality, a broad variety of unique Crafts and fair prices? If "Yes", this site is your place to shop. Alkota Russian Treasures is the importer of unique and limited editions of Russian Santa's, Nesting Dolls, Lacquer Miniature Boxes, Wooden Animal Carvings and other collectibles and Christmas souvenirs. Our merchandise is of high quality and some of it is very rare - real Russian Art Treasures! The people we work with are master artists, highly trained professional specialists in carving, painting, decoration, lacquer miniature. You are minutes away from discovering our amazing trove of authentic wooden handcrafted unique collectibles and gifts!The site shows retail prices.
If you are a business owner, please register or sign in (on the right top corner of this page) to get wholesale prices.
The discount is applied only to retail prices, not wholesale! 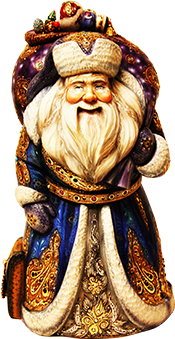 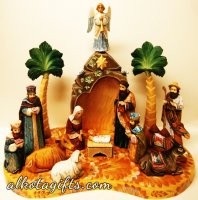 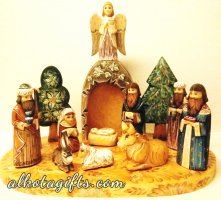 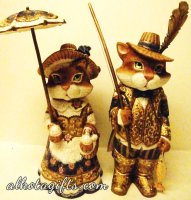 With a passion for innovative collaboration in craftsmanship, we work hand-in-hand with our carvers and artists in Russia to develop individual and specific custom project solutions. Through our blog, hear from Alkota buyers and contractors about the latest arrivals, product trends and how innovative breakthrough ideas of Russian crafters and Alkota are leading to the appearance of hard to find unique museum quality products you love and cherish for life.

Alkota experts take a critical look at successes and downfalls in the market we serve. Share with us your thoughts on how we can improve the service to you and address the issues you face.

KEEP UP TO DATE 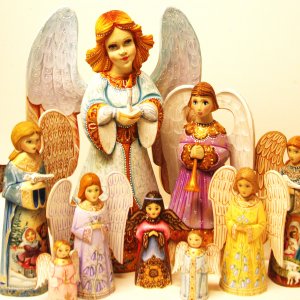 Our collection of Nutcrackers, Nativities and Guardian Angels is composed of the work of different groups of artists. We carry nice quality figurines... Read More 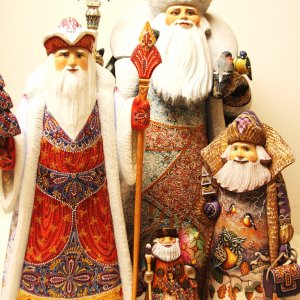 It does not matter if you are "New" or not in collecting Russian Santa figurines. Probably the most important these days is to find Russian genuine... Read More 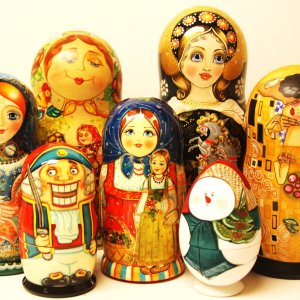 There are many nesting dolls around - in color, in subject matter and in quality, made in different parts of the world. Our merchandise is only from... Read More